Some questions about Ubuntu installing and kernel changing

Hi!there.
Recently I bought a UP Xtreme, but unfortunately, I got some problems with how to use it smoothly. I got the following two problems, it'd be greatly appreciated if they were solved.
the first trouble I encountered is about Ubuntu installing. After installing the Ubuntu system, it can't boot succussfully, and it enters \ the UEFI or grub instead of the system. I installed it many times and only several times I made it(for some reason I uninstalled it then).
the second is about changing the kernel. the after-sale servicer told me that I need to change the kernel of the Ubuntu system so that the maker board can perform best. however, I did exactly as the instructions ! 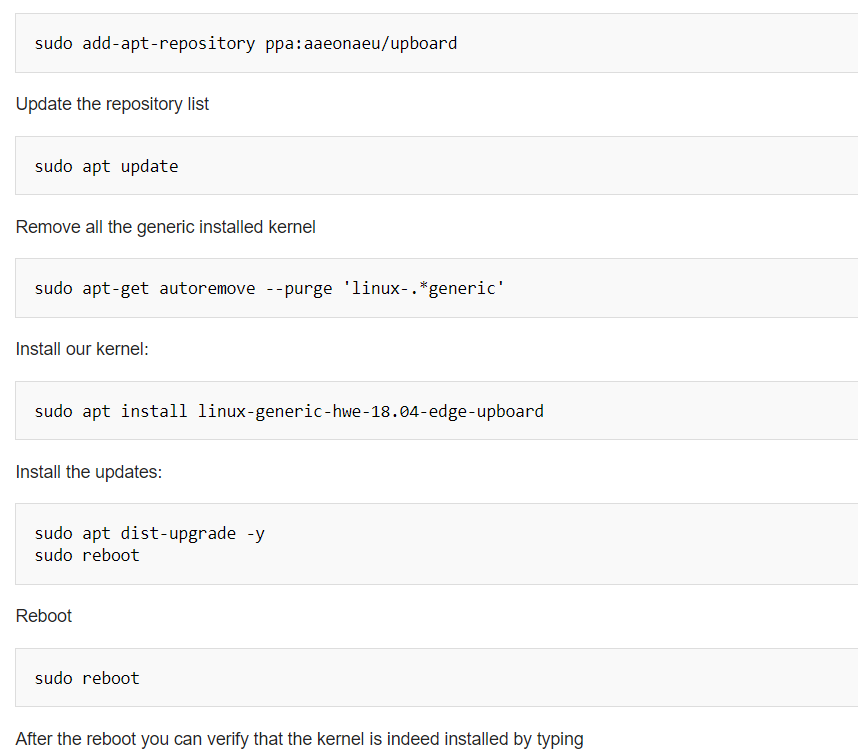 ), it failed to boot after the kernel change.
it's my first time to change the kernel of a system and I'm really confused. Hope anyone could help me figure it out.