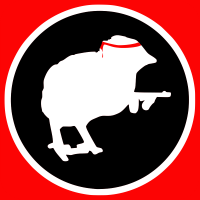 WereCatf New Member Posts: 201 ✭
July 2017 in Peripherals
I have only used ARM- and MIPS-based SBCs and on those you define SPI- or I2C-devices, including their settings, using device-tree entries, but since x86 doesn't use those, how does one define such on x86? There are many a kernel-module that does not support specifying such parameters when loading the module via modprobe and they expect all such settings to be supplied to them by the kernel.
0 · Share on TwitterShare on Facebook