UP Squared sporadically booting into the BIOS only

Hello,
can you possibly help with the following problem one of our customers experiences with an UP Squared board, P/N: UPS-GWS01P4-A20-0864?

Here is the customer's problem description:

There is a Linux system installed, which did not cause any problems in the beginning. This system is installed in our measuring instruments.

Currently we have the following problem:
We use the device with the Linux system installed and switch it off after the measuring process is finished.
At the next boot the UP-Squared starts directly into the BIOS and not into our Linux system as usually.
However, this does not happen every time, but sporadically.
The measuring device was not moved at the time when the error started to turn up.
To solve the problem, we have to restart from the BIOS and then start "normally" into the Linux system.

Enclosed Photo1 of the "faulty" start directly into the BIOS.

And Photo2 after the restart and afterwards manual procedure into the BIOS.

According to that this sounds like the issue turns up on cold boots only and only sporadically. According to the provided pictures the boot order is automatically changed and the USB boot device is taken out from the first position in the boot order.
Could this be a BIOS problem? The picture shows BIOS 2.18.1263, but strangely the issue turned up only after using the board for a while…

I'm grateful for any hints
Thank you.
Adnan 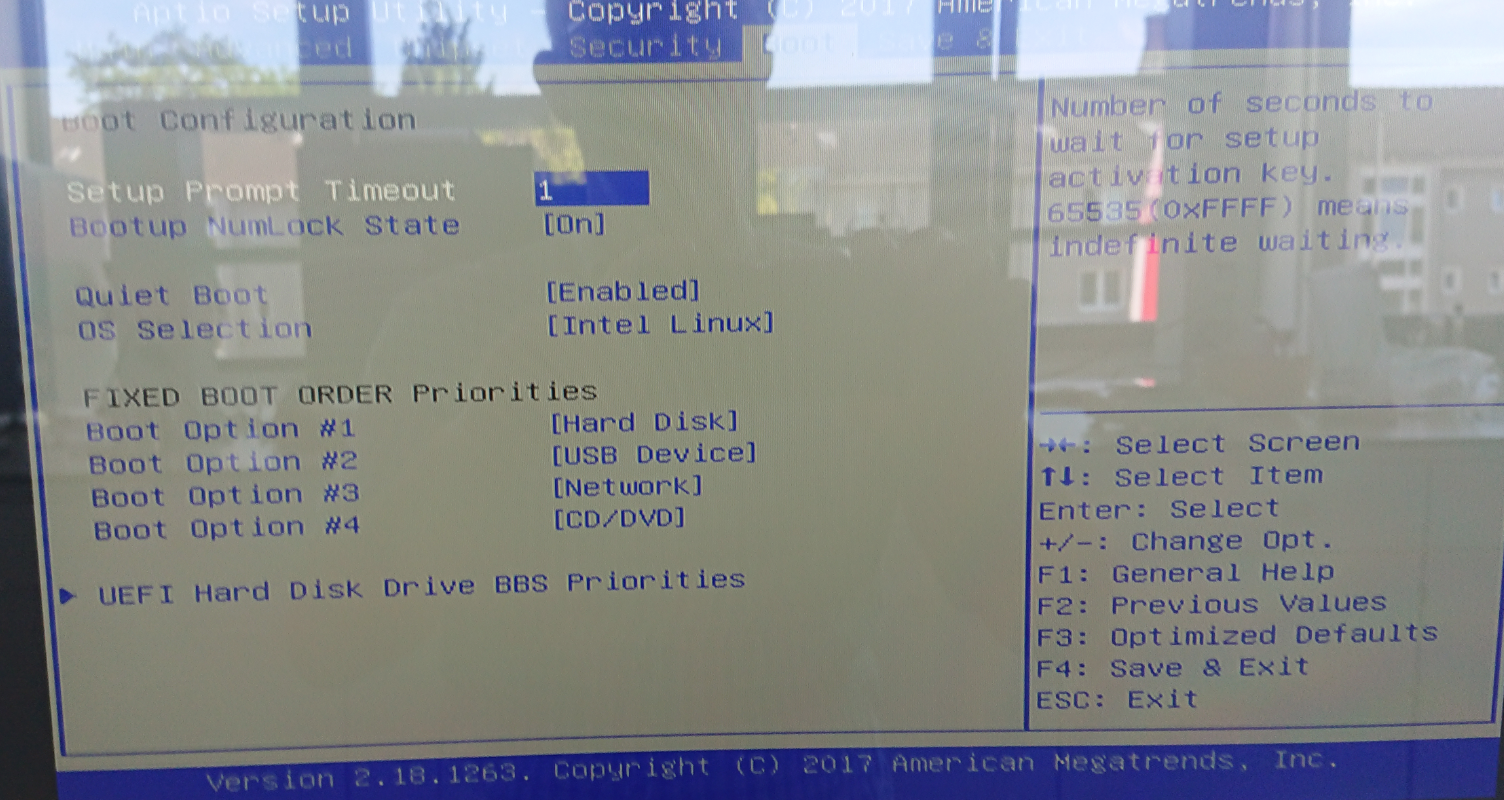